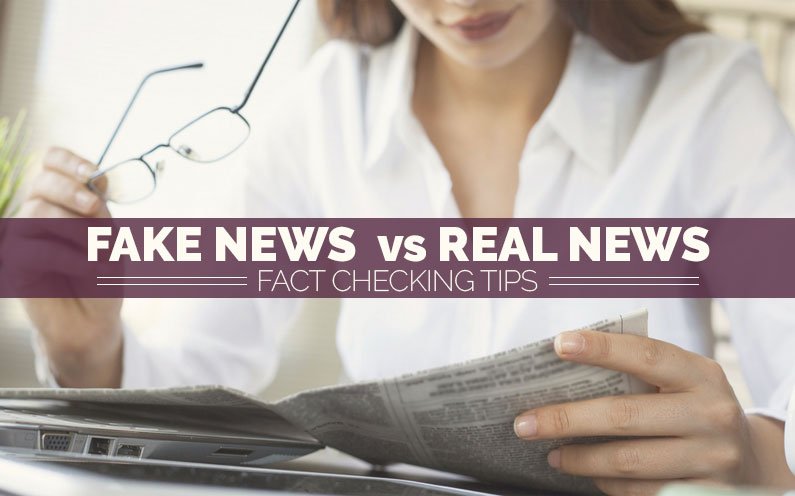 In my last post, Fake News vs. Real News: The Truth of the Matter, I addressed the issues of how to handle ourselves amongst the chaos that is currently happening in media and politics.

There is nothing more frustrating then having people fly off the handle at you, especially on social media, without providing any sort of valid or research-based argument from a legitimate source.

I often hear people spouting opinions as if they were actual news. It has reminded me of the days that I would go home and watch Fox News and the “O’Reilly Factor” with my dearly departed grandmother. Now, if you are (or shall I say “were”) a fan of those shows, all the power to you. That is your choice, and I respect that. I respected my grandmother, and I watched her shows so that I could understand her perspectives, even if they were different than my own.

The truth is that anyone can find someone in the world saying something that will back his or her own beliefs.

This isn’t about party lines, this is about understanding the media.

Firstly, it’s so important for people to realize the difference between editorial opinion and factual news reporting. The lines have blurred more than ever before, so this is why it is up to us as citizens to take the time to do our research and not just accept what we hear or read as fact.

So what is “news” versus “editorial” or “opinion”? News reporting is when the facts are given without editorial comment, meaning that the person that writes the story is not interjecting personal opinion. That is saved for the section of the newspaper that actually is called, “Opinion” or “Editorial.” Letters to the editors, columns and comics are infused with opinion. Just know that the front page of any major mainstream newspaper is reporting the facts. It used to be more obvious in the days when to get the news, you had to pick up an actual newspaper and see the title of the section in all bold caps. Pay attention to the headings on the website when you are reading and know the name of the section.

Journalists are held accountable to a code of ethics. Can you largely trust what you hear on the news or read in the newspaper? In most ways, yes. Anchors and journalists are reporting the latest facts. But, remember, they are also being fed these facts by public relations pros and strategists, and they are also likely adhering to editorial objectives from the top of the organization. Use your brain and your gut when digesting media.

If you are not watching a mainstream TV News program, like the morning or evening news broadcast, then it is likely opinion-based. There are countless tv hosts with shows out there that are reporting with their opinions—think Bill Maher or Bill O’Reilly. An opinion is like a filter for what you are receiving. Know that this person’s filter is being applied to the stories you are hearing, and then decide if you agree with that type of filter or not.

That all being said, do journalists get the facts wrong? Yes, all the time. They are human beings and make mistakes. If we were to crucify a press outlet for every time they made a mistake, there would not be one media outlet alive today. Should there be corrections issued when facts are wrong? Yes. Should reporters be held accountable if they get it wrong? Yes. If they outright fabricate or lie, they face the repercussions. Look at what happened with Brian Williams. He misrepresented facts from his coverage of the Iraq War, and he was suspended and then fired. It is not acceptable for the media to lie, and their own organizations hold them accountable when something is done that is not upholding their standards of journalistic integrity.

If you aren’t sure what to think after hearing or reading a story, here are some tips on how to Fact Check it:

1 – Determine the type of source. Is the source opinion or news based? News consists of those mainstream organizations that are held to the journalistic “code of ethics” of factual news reporting. Opinion is when you have a writer or journalist that is filtering the news through their own perceptions and commenting on what they personally think about the information.

2 – Know who is behind the scenes. Who is behind the organization presenting the story? Who created or is funding the media outlet? What lens or filter might the people behind this organization be applying? This is always something to consider for any story, whether tv, radio, newspaper or blog. Even outlets held to the highest standards have someone with interests pulling the strings.

3 – Know the sources. What sources is the reporter citing? If the link is to another website, now you also have to research that website with all of these steps as well. If the source is confidential to protect the source’s identity (perhaps it’s a whistleblower), then you have to decide if you trust the outlet enough to believe that the source is valid. No major national investigative news outlet worth its salt is going to intentionally disseminate false information. They will be fired if they do. However, there are many hodge podge websites and blogs that are financially motivated or politically backed that are intentionally disseminating false information. My main barometer is if I haven’t heard of the outlet before and/or I can’t find who is behind it, then I automatically do not deem it credible because someone is hiding behind a front.

4 – Research the author. Who is presenting the information? Do a search to find out who they are and what other stories they have written or broadcast. Do they have a bio somewhere? A Wikipedia page? Can you peruse their Twitter account to see what content they normally post? What personal connections do they have to the story or the issue that might cause bias?

5 – Research the issue. Do a Google search to see all the different types of angles that are presented for the story. Go through a few pages of search engine results, not just the top 3 results. There is always more than one side. Try a different search engine to see what other results you can find. Become your own investigative journalist.

The bottom line is that mainstream news that we have trusted all our lives is not “fake news.”

Knowing how PR strategists work also pulls back the curtain on politics and media. Deflection, followed by redirection, is one of the most common practices when conducting media training for someone that will be in front of the media.

An adept interviewee knows how to steer an interview, select the questions one wants to answer, and respond with one’s own agenda of messaging. You can watch almost any politician or political spokesperson be interviewed to see this tactic in action.

Media trainers actually teach interviewees these skills. It all comes down to public relations. If you have a media platform, it is best to use it to convey your key talking points and messaging—your own agenda, not that of the interviewer.

My hope is that through revealing how public relations and the media works, it will help people learn to make educated decisions on the information that they digest, how they process it, and learn to work together to find solutions to the problems.

Facebook just released some of its own helpful tips on how to identify and report fake news.

When entrepreneurs own and claim their true gifts, and then learn to shine them into the world, that is how the people they are meant to serve will find them.…

Fake News vs. Real News: The Truth of the Matter
To start, let’s all take a deep breath. I know that most of us are spinning from all of the changes and upheaval in the U.S. right now, so let’s take a moment to dissect what is really occurring in politics and the media. Firstly, this is not a political post. It’s obvious what my politics are if you have visited any of my social media, but more than anything, I want to take a moment to help people understand what is happening from a seasoned public relations pro’s perspective.

Search The Site
About Me

I'm Heather Burgett, an award-winning publicist, entrepreneur, and business mentor with over 20 years of public relations and marketing experience.